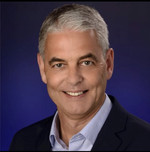 Renna has extensive experience within the restaurant industry, most recently as the President of Anthony’s Coal Fired Pizza & Wings. Prior to joining Anthony’s Coal Fired Pizza and Wings, Mr. Renna was the President and CFO of Wahlburgers, a Boston based burger restaurant founded by Executive Chef Paul Wahlberg, and celebrity brothers Mark and Donnie. Prior to that Patrick was CEO at Boloco, a fast casual globally inspired burrito chain, where he also served as CFO for four years. Previously, he held CFO positions at Sebastian’s Café and Catering, where he spent four years overseeing all financial and administrative policies and procedures for the company; this included leadership during the company’s most profitable growth period, Fresh Concepts, which operates fast casual restaurants under the name Fresh City and Souper Salad, as well as FiRE+iCE, where he also served as President. Patrick began his career with New England Restaurant Company, a Chili’s franchisee and owner of Bertucci’s Brick Oven Pizzeria, a 90-unit casual dining chain. Patrick received his Bachelor’s degree in Accounting from Franklin Pierce College, and went on to earn his MBA and Master’s degree in Accounting from the University of Massachusetts in Boston. In 2004 he was named to “Boston’s 40 Under 40”. In 2019 he was named one of the Top 25 executives by Fast Casual Magazine and in 2020 was named one of the “most influential” executives by Nation’s Restaurant News. Patrick has served on the Board of Directors of the Massachusetts Restaurant Association since 2010, serves on the Board of Directors of the Florida Restaurant and Lodging Association and serves on the Board of Advisors for The Works Café based in Keene, NH. He resides in Parkland, FL with his wife Jen and children Samantha and Jack. 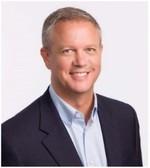 Rabinovitch holds over 25 years of extensive financial leadership skills from best-in-class publicly held retail and distribution companies, high growth retail concepts, extensive international experience and has completed and integrated over 25 acquisitions valued at over $2 billion dollars during his career. For nearly a decade, Rabinovitch served as Chief Financial Officer of Mayors Jewelers, Birks Group Inc., a (NYSEAMERICAN: BGI), with 77 locations across the United States and Canada. He was also the Vice President of Finance at Claire's Stores, Inc. during their years of rapid expansion and contributed to their growth from 1,200 to over 3,000 locations in 10 countries during his six year tenure with the brand. Rabinovitch began his career with Price Waterhouse (now PwC). He is a licensed certified public accountant (inactive). Rabinovitch has both Bachelor of Science degrees in accounting and finance from Florida State University and is an advisory board member of the School of Accounting at both Florida State University and University of South Florida. 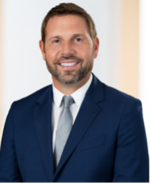 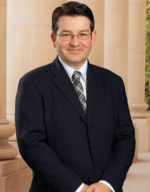 Karl Goodhew joins as Chief Technology Officer of BurgerFi after serving as Director of Software Engineering at Macy’s Inc., a $17 billion-dollar, Fortune 500 multi-brand retailer. He has also held positions at Home Depot, YellowPepper that was acquired by Visa, and JCPenney where he was responsible for all aspects of the 5-star rated consumer mobile apps. For almost a decade, Goodhew has served in leadership roles at various large retailers and start-ups. Goodhew recently helped launch Market by Macy’s, led the cloud transformation for Macy’s and Bloomingdale’s stores, and built a diverse team of engineers focused on store selling and operations. At YellowPepper, Goodhew built a PCI compliant payment system and integrated the solution into Facebook Messenger. Goodhew has delivered cloud architecture solutions, successful digital customer experiences and secure financial systems throughout his career. Goodhew has a Bachelor of Business Administration degree in Management Information Systems from the University of Georgia. 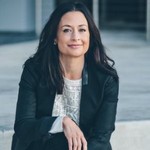 Zavolta has over 20 years in human resource leadership experience in the restaurant industry and most recently served as Chief People Officer at Anthony’s Coal Fired Pizza & Wings. While at Anthony’s, she designed all of the company’s people processes and developed and implemented a 501(c)(3), a needs based employee assistance fund aligned with the organization’s core values. Prior to Anthony’s Coal Fired Pizza & Wings, Ms. Zavolta served as Chief People Officer for Logan’s Roadhouse where she was a contributor to one of the industry’s most complex EBITDA recoveries and optimizations. Previously, she spent time in various leadership roles at Hooters of America, RARE Hospitality, and Ted’s Montana Grill where she reversed high turnover trends. Ms. Zavolta is a cutting-edge people strategist, guiding human capital management as an asset to market growth and brand differentiation with a focus on employee retention, engagement and performance driven cultures. Ms. Zavolta has deeply developed perspectives spanning across the wide spectrum of cultures and U.S. locations ranging from 2,000 to 14,000 employees.  Ms. Zavolta holds a Bachelor of Arts degree in Organizational Communication from Marshall University.  She lives in Parkland, Florida with her husband Ken and their three children, Milo, Luca and Emme.

Biskin has been leading restaurant companies to prominence for over 25 years. He served in various C-level roles developing, operating, and growing some of the largest national and international brands, including TGI Friday’s, Chili’s, Native Foods, and Wolfgang Puck Cafes. In 2013, Ron utilized his extensive restaurant, development, and franchise experience to launch Pizza Studio, a fast-casual pizza concept featured in Forbes Magazine as one of “America’s Most Promising Brands.” In his role as founder and CEO from 2013 through 2020, he successfully opened Pizza Studio locations across the U.S., Canada, Brazil, and Philippines. Mr. Biskin has his Bachelor of Science from Syracuse University and Juris Doctor from University of Toledo.